Organic Sea Harvest originated from a long held desire by Alex MacInnes to return to his fish farming roots, along with a strongly held belief that it is possible to deliver a world-class product from a small scale independent fish farming operation. This vision was shared by his colleagues and co-founders Robert Gray & Alister Mackinnon, later joined by Villa Seafood UK.

OSH is the first independent farming start up for many decades, uniquely going against the trend for consolidation in the Scottish aquaculture industry.

There are currently two sea sites;

OSH is the only salmon farmer in Scotland to focus solely on producing the finest organic salmon, with both sea sites officially certified as organic by the UK Soil Association.

Organic Sea Harvest`s creation was undertaken with a genuine desire to work with the local community, create employment and help retain as much of the generated wealth as is commercially practical in the communities of Skye & Lochalsh, whilst also being conscious of and actively working to minimize any potential or perceived environmental impacts. 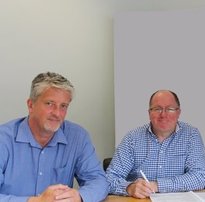 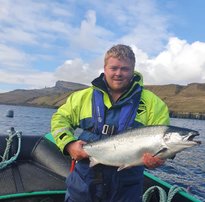 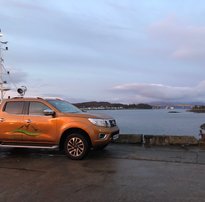