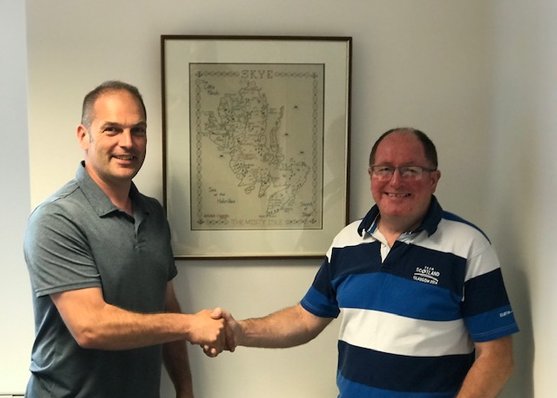 Alex MacInnes welcomes Karl Scott (left) onto the board of Organic Sea Harvest as a non-executive director.

Alex and Karl first met each other as students in 1985 when both their parents had their own businesses farming salmon. Karl originally from Shetland brings a wealth of experience and knowledge from these early days within the industry to holding key production positions both in Scotland & Shetland.

As well as having his own aquaculture consultancy business, Karl also owns an agricultural farm. The farm on the East coast near Aberdeen which he bought a number of years ago has held organic status for over 20 years.

Karl farms Pedigree Aberdeen Angus, Black Welsh Mountain Sheep and Large Black Pigs to name a few and is an advocate for animal health and welfare.