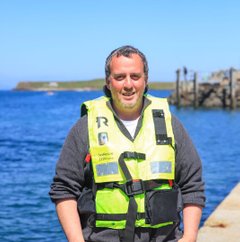 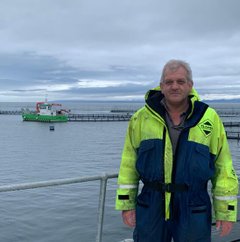 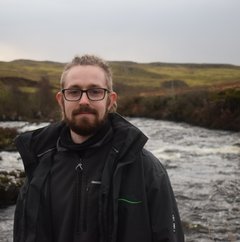 Originally from North Uist and a previous resident of Uig and Portree, Robert returned to Skye from Tasmania in May 2021, where he was General Manager of Marine Operations for Petuna Aquaculture. Before this, he held site manager roles at several Scottish MOWI sites.

Robert has 24 years of experience in the aquaculture industry. He has achieved the highest superior rating in MOWI history and the lowest mortality rate at harvest whilst managing their Muck site. This led to the site being placed as MOWI’s number one Scottish site and the fifth best site worldwide in 2016. These significant achievements led to nominations for Manager of the Year awards.

The role of OSH Chief Operating Officer comes with the responsibility for all OSH’s day-to-day operations, including ensuring the continued growth of the company, alongside negotiating with local suppliers, and planning ahead.

Euan has worked in the aquaculture industry since 1989, starting his career at the freshwater Strathaird Farms based on Skye. Euan moved to the sea water site as a Farm Technician and over the past thirty years has served as site manager and as an area manager.

A native of Skye, Euan is married and has two grown up daughters, both of who still live on the island. His parents own a shop in Portree (known locally as 'Harry's') with the family business also offering a home delivery service, previously with their own mobile grocery vans.

On leaving Portree High School, Euan attended Ellwood Agriculture College. He remains an active crofter and has farmed a Suckler herd with his family for the past 34 years.

With this background, Euan says that health and wellbeing is the most important part of farming, alongside working within the communities on Skye.

Adam has become a leading figure within the Cleanerfish sector in recent years and held the position of “Cleanerfish Operations Manager” for Grieg Seafood (Shetland). He has a proven track record of the production, deployment and long-term use of Cleanerfish to control sea lice populations on farmed salmon.

Adam is also a dedicated angler - primarily targeting salmonid species. Outside of work, you are most likely to find him on one of the many rivers of Skye.

Animal welfare and long-term sustainable practice within aquaculture are core values that govern his decision-making processes. 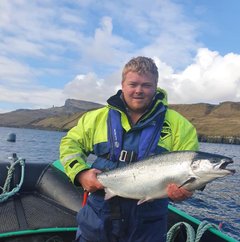 Robaidh, from Uig, worked as a commercial fisherman on both creel boats and trawlers before starting his career in the aquaculture industry.  He progressed quickly from a general technician to a senior technician role.

After joining Organic Sea Harvest in April 2020, Robaidh was appointed Farm Manager of the Invertote site in September 2020.

Robaidh has completed SVQ's in Aquaculture through the University of the Highlands & Islands (Inverness College), which has allowed him to progress his career in the industry. He has always had a keen interest in working at sea and the aquaculture industry has allowed him to continue working at sea, but with a good work/family balance - he's been able to bring up his family (with three young children) on his home island.

Robaidh is a very family oriented man and enjoys spending his time off with his family. 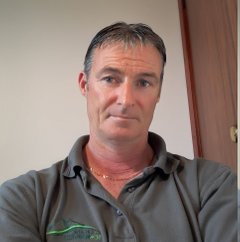 After studying Aquaculture at Lews Castle College, Roddy got his first job on a fish farm site when he was 18 years old on his native island of Benbecula.

Since then, he has worked his way up through the ranks in the industry. This has included the position of Assistant Manager at fish farms in South Uist and Skye, along with holding the position of Manager at sites in Wester Ross and Barra for over ten years before joining Organic Sea Harvest.

Roddy has two boys (aged 13 and 10) and loves spending his time off with them. Roddy himself loves playing football, darts and golf. He also enjoys fishing.

Back to About Us